What if new tools can yield a better understanding of religion in the past? What if an online database can be a wide-angle lens for studying religious and cultural history?

For many people, information overload has become a pesky reality of life. It’s something we manage as best we can – which often means ignoring a lot of what’s out there. 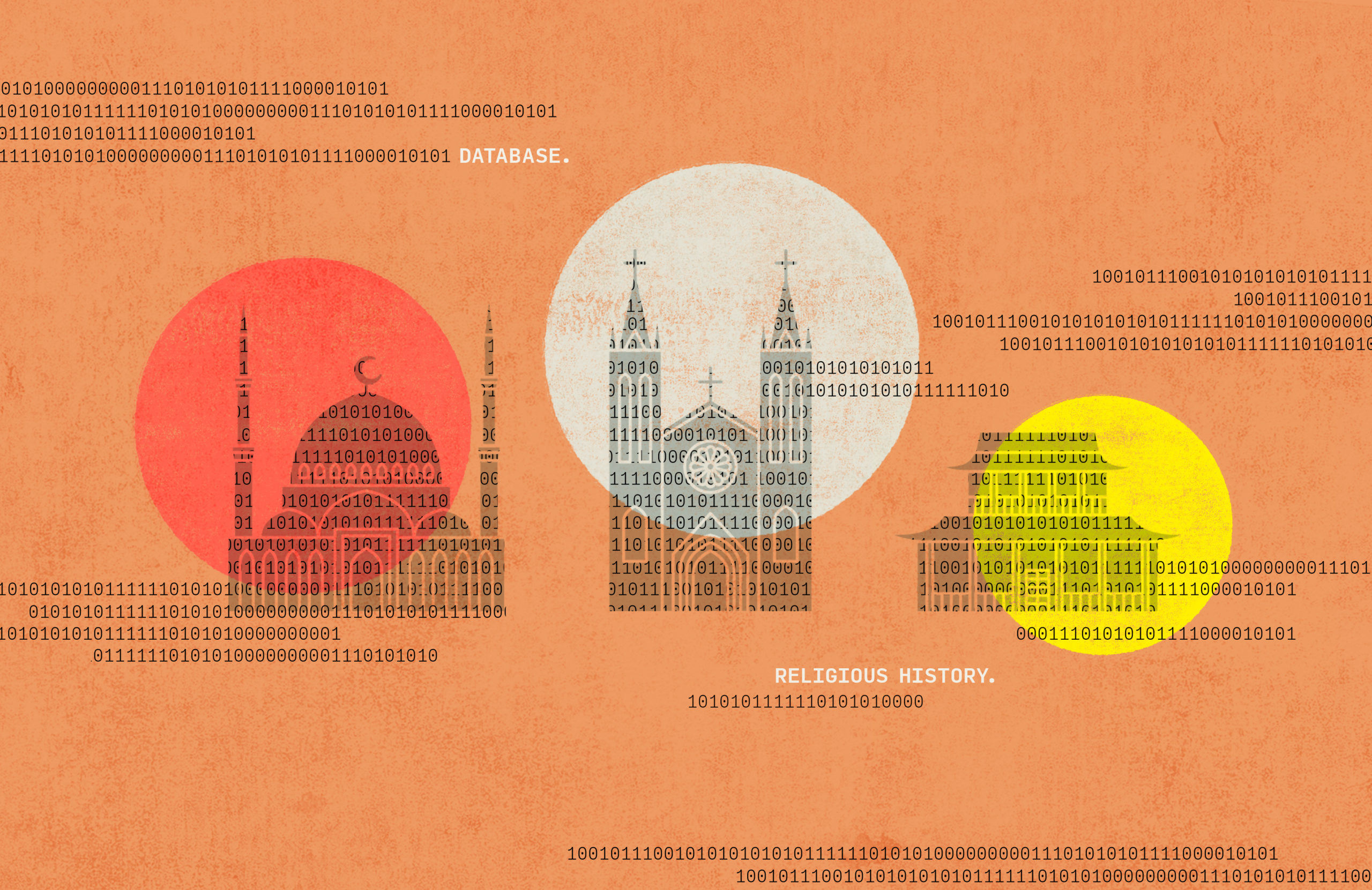 But for humanities scholars, information overload is becoming an occupational hazard. Their work depends on interpreting existing knowledge in their specialty area as the foundation for forming new ideas and insights. An exponential growth in scholarship is making that harder than ever before.

During the past 15 years, scholarly production has ramped up considerably in scope, volume and geographic range.
Edward Slingerland, Ph.D., University of British Columbia

“During the past 15 years, scholarly production has ramped up considerably in scope, volume and geographic range,” reports Edward Slingerland, Ph.D., a professor in Asian studies and religion at the University of British Columbia. For example, he cites that between 2008 and 2018, the annual volume of humanities articles more than quadrupled.

“In my own field of early Chinese thought, there are hundreds of scholars in mainland China alone producing high-quality scholarship in dozens of journals,” he continues. “I can’t even pretend to keep up with this output in English, let alone Chinese, Japanese or other languages. I think most fields are experiencing this kind of uptick in scholarly output, and we all feel a bit overwhelmed.”

Big Data as an Ally

With seed funding from Templeton Religion Trust, Slingerland is leading a project aimed at helping scholars who specialize in religion studies to stay current in their fields. Aided by an interdisciplinary team of collaborators from all over the globe, the project has produced a new, first-of-its-kind resource: the Database of Religious History (DRH).

The DRH is an online quantitative and qualitative encyclopedia that collects and codes information about religious behaviors and beliefs throughout world history. Its goal is to help researchers and students advance their work in more areas, with more accuracy and at a faster pace than ever before.

“To continue to do what we humanities scholars have always done, which is to make generalizations about the topics we study, we need new tools. And those tools must have a quantitative component to them,” says Slingerland.

The DHR is part of the growing trend of digital humanities – that is, importing quantitative tools and methods from fields such as information science and statistics and applying them to studies in the qualitative disciplines of literature, philosophy, history and religion. Slingerland acknowledges that there’s been, and still is, considerable pushback against this trend.

Due to harsh realities such as less grant money for their research projects, dwindling numbers of humanities students and a rising ratio of adjunct versus tenure-track professors, “humanities scholars often feel beleaguered or under siege,” Slingerland explains. “And in that environment, doing something that’s digital and has a scientific component to it can seem very threatening.”

What’s more, in too many instances, he adds, that sense of threat from the encroachment from Big Data is, unfortunately, valid. “Databases are being built to facilitate scientific projects on humanities topics. They’re driven entirely by scientists and they’re happening, whether we like them or not,” he notes.

In contrast, the DHR is unique because history and anthropology scholars have been involved in its development from the onset – as collaborative co-designers versus simply data inputters. As a result, it’s a specialized tool created for them, and by them. One example: Thanks to early input from historians on the team, commenting functionality was built into the tool. This means that, in addition to providing quantitative “yes/no/unknown” responses, contributors can also contribute more nuanced, qualitative analyses of topics. A happy discovery was that this functionality in itself provides another source of data: No or few comments on a topic indicate a high level of confidence and concurrence among contributors, reinforcing the reliability of the quantitative responses.

To date, the DHR contains information about more than 200 religions, from Abrahamic to Zoroastrianism. All are indexed to both time and space. Nearly 150 scholars and experts so far are contributors to the database.

More than Brains and Bookshelves Can Hold

In generations past, the field of religious history consisted of only a handful of journals and influential scholars. Scholars could retain the consensus of their entire subfield in their heads. Even one generation ago, thanks to print resources such as handbooks, edited volumes and standardized textbooks, a scholar could still confidently generalize about the religious historical record — if not with information in their heads, then with what was on their bookshelves or piled on the desk in their office.

During the past fifteen years, however, high-quality religious scholarship now appears in hundreds of journals, handbooks and other outlets, and in multiple languages. Print resources are often out of date before they’re even off the press.

Data alone can’t replace the creative and insightful human analysis that is an indelible feature of high-quality religious scholarship.

No question, data alone can’t replace the creative and insightful human analysis that is an indelible feature of high-quality religious scholarship. However, if the DRH database can continue to grow and keep pace with rapidly expanding scholarship, it can prove itself as a reliable and valuable resource for anyone interested in the role of religion in human experience and cultural evolution.

“I’m hoping that 10-15 years from now if I’m a scholar who studies religion, it’s just expected that I’ll do a DRH entry on my work because I want my opinion to be represented in the database,” says Slingerland. “It will become a go-to place for people to get a digest of opinion on religious, cultural and historical scholarship – a live repository of knowledge.”