HomeFeatured StoriesReligion and the Social Brain

Religion and the Social Brain

Where does religion come from? What if religion is crucial to the success of human evolution? The International Society for Science and Religion (ISSR) recently completed a major research project––directed by Michael J. Reiss and co-ordinated by Fraser Watts––addressing these questions. The goal of the project was to explore the idea that religion helps to bond groups by inculcating an atmosphere of trust and community in all members of a group simultaneously. 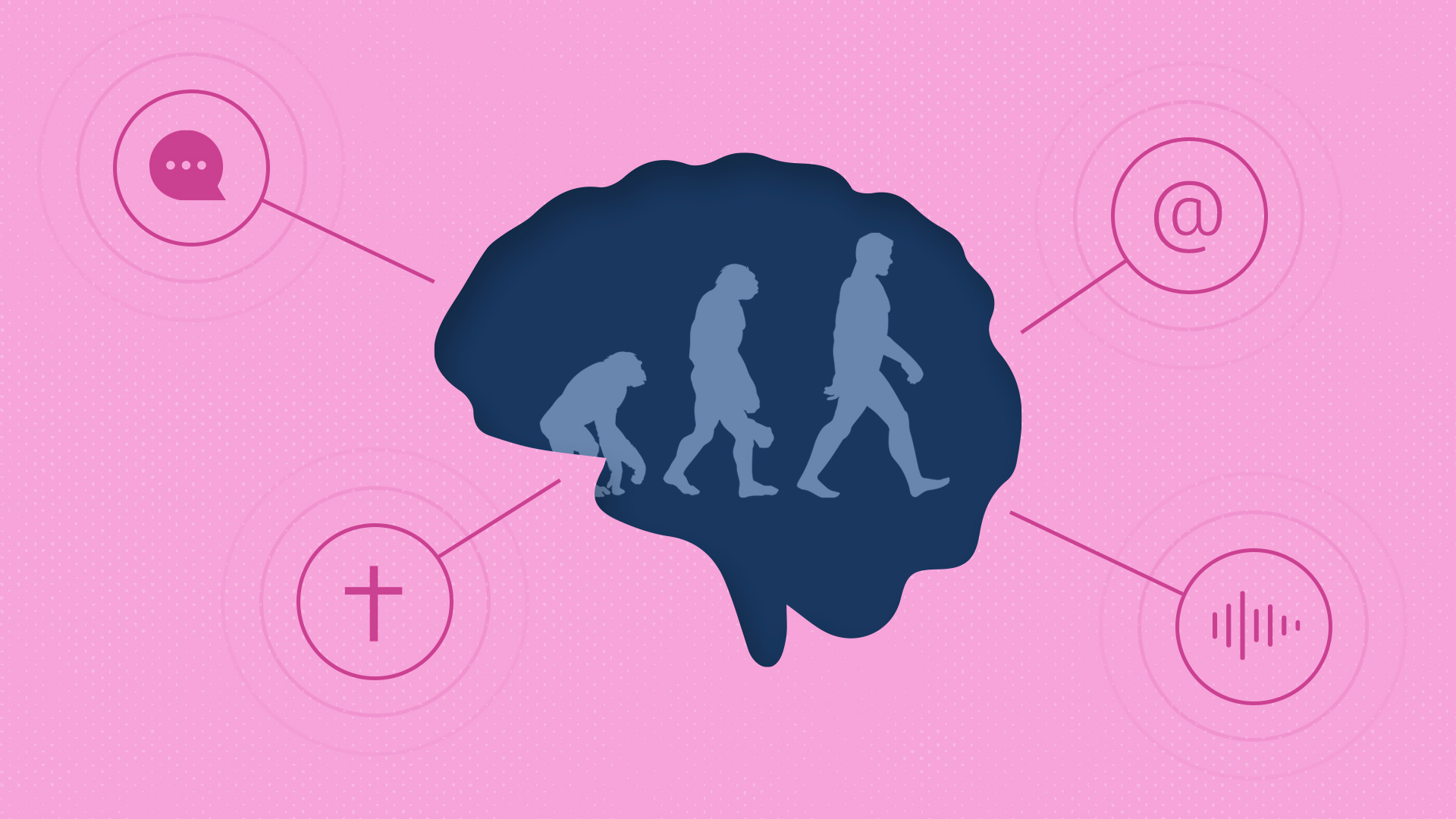 As Watts explains, “The ‘social brain’ theory of human evolution has been developed by Robin Dunbar, a Fellow of ISSR, who is one of the key researchers on the project…. ‘Social Brain’ is a broad approach to human evolution, unlike the Cognitive Science of Religion which focuses specifically on religion…. For Social Brain theory, religion is not an incidental feature of human evolution; it is crucial to the success of human evolution.”

According to Watts, “One of the challenges facing emerging humanity was how to deliver social cohesiveness across much larger group sizes than were possible to maintain by mutual grooming, which was the main method used by our primate ancestors…. The solution was trance dancing, with synchronised rhythmic movements undertaken by a largish group of people. Such patterns of movements trigger massive endorphin release in the whole community; collective endorphin release in turn delivers very good social bonding. In that sense, trance dancing was crucial to the success of human evolution; it was of real benefit.”

But what are the implications of the Social Brain Hypothesis and recent research into the role of the endorphin system  in social bonding for our understanding of the evolution of religion?

This project introduced a novel explanation of how religious rituals bond individuals into cohesive religious communities, centered upon the capacity of religious rituals to stimulate the endorphin system under certain specified conditions.

According to proponents of the social brain hypothesis, trance dancing was the soil out of which religion emerged, as the endorphin release triggered by trance dancing also triggered various transcendent experiences. Reflection on those exceptional experiences led to the beginnings of a religious worldview.

Building on the Social Brain suggestion that a common worldview is an important component in religion the project team ran a series of online experiments to explore whether religious people think about the world, and give explanations for events in the world, differently to the way non-religious people do. They also used an online survey methodology to explore the relationship between active religious participation, size of friendship circles.

The newly-built Hunter-Gatherer Religion Database––which contains data on 85 historical societies from around the world––has allowed the project team to study the features of hunter-gatherer religious systems on an unprecedented scale.

Existing theories about the evolution of religion often characterize hunter-gatherer religious systems as being largely unstructured. The findings from their database show that religious specialists were found in almost every society, and many of those specialists were paid professionals. They also found that structured, community-wide ritual events were widespread in hunter-gatherer societies, and often played an important role in the identities of societies. Evolutionary accounts of religion need to take better account of the complexity of beliefs and practices in hunter-gatherer societies.

The project team also carried out research on contemporary religion. Some of this was naturalistic, looking at markers of endorphin release. They also conducted lab studies in which they could investigate this in more tightly controlled conditions.

Across a five-week lab ritual intervention, comparing spiritual versus secular yoga training, the project team replicated the effects of the field study. They found that social bonding and pain tolerance increased from before the yoga sessions to after, and that the social bonding effect increased with time. No significant differences between the spiritual and the secular conditions were found, except that participants in the spiritual condition felt more connected to ‘something beyond’ than in the secular condition.

Finally, the team conducted a double-blind lab/field study where they used an endorphin blocker (Naltrexone) to more directly test the effects of endorphins. They found that social bonding significantly decreased for participants taking the endorphin blocker compared to the placebo.

One of the best-known aspects of Social Brain theory is ‘Dunbar’s number’ (150), which seems to represent a limit on the size of a viable social network.

Professor Watts and his team investigated the significance of Dunbar’s number for contemporary religious life, and connected it with congregation size theory. They found that the Social Brain Hypothesis provides an accurate and useful account of the growth of church congregations. The prediction from the Social Brain hypothesis of an optimal congregation size of 150, beyond which restructuring or replanting must occur to avoid a growth plateau, was broadly confirmed in empirical assessment.

Religion is Crucial to the Success of Human Evolution

According to Watts, “In Social Brain theory, religion played a central role in human evolution. However, the Social Brain perspective on religion and evolution has not yet been fully developed.”

The project findings suggest that rituals play an important role in social bonding and that endorphins are an important biological mechanism in fostering such feelings of social connectedness.