What if clashes between religion and science are overblown?

What if religion and science aren’t in conflict for people in most of the world?

What if it’s time to expand our knowledge about the relationship between belief and science? 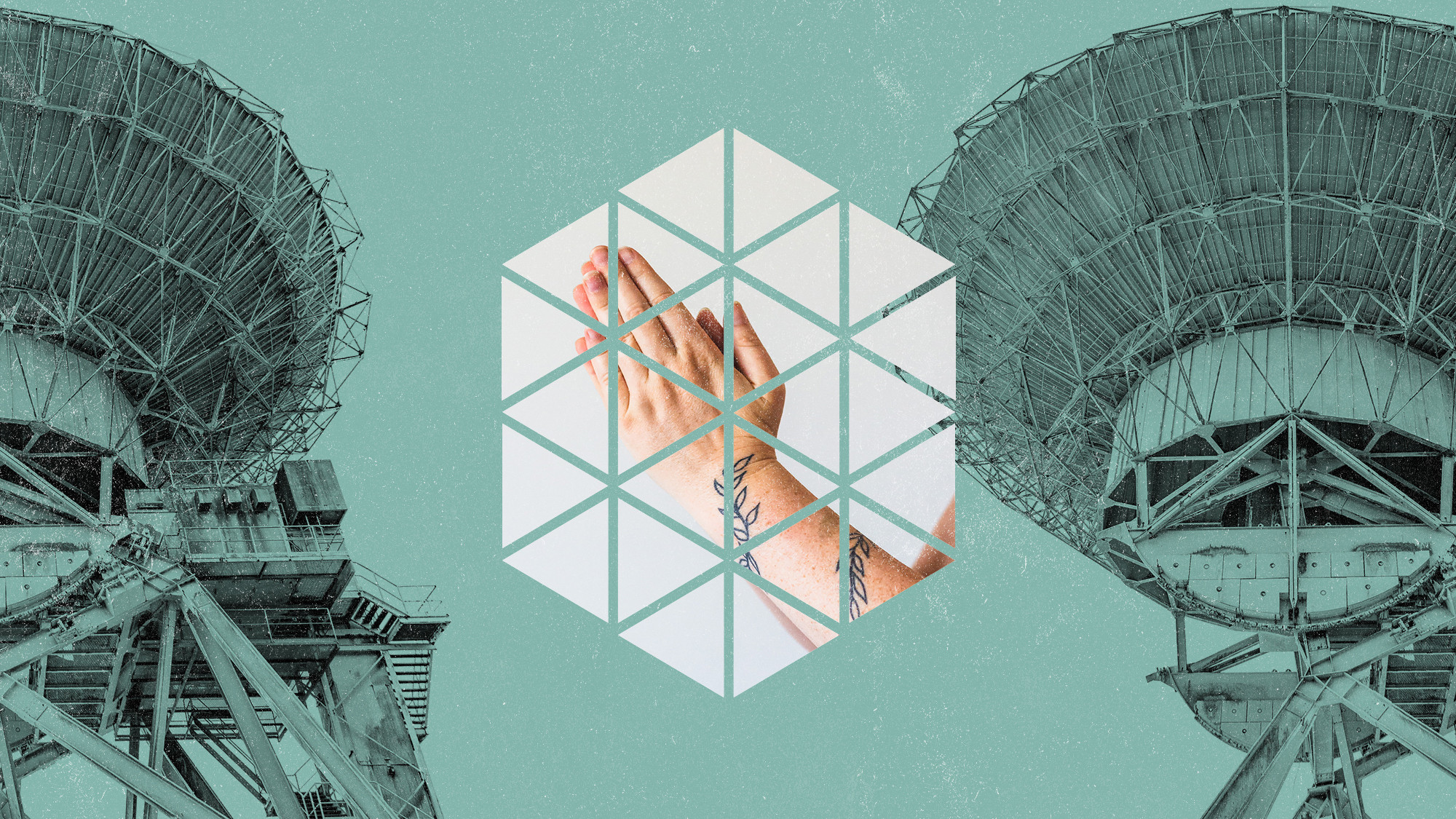 “Follow the science.” Some say it’s a watchword for modern times. Others warn that the phrase positions science like an ideology akin to a religion that can solve all human dilemmas if only we’d listen.

Are notions that only science can explain reality or that it’s systematically replacing religious knowledge and beliefs mostly exaggerated, media-stoked hype?

As a result, consciously or subconsciously, many of us tend to assume that science and religion don’t play well together – that most scientists are anti-religion and most religious people are anti-science. Such assumptions can lead to stereotypes, prejudices and polarization.

Yet, there’s historical evidence that, as scientific and religious beliefs develop and interact in societies over time, they change. In the 17th century, when Galileo presented his findings that the sun, not the earth, is the center of the universe he was charged with heresy by the Catholic Church. Today, 400 years later, it’s a non-issue. In the 20th century, Darwinian evolutionary science became a hot topic for conflict with the advent of creationism and the Intelligent Design movement. Today, many religious people accept Darwin’s theory of evolution by means of natural selection as proven scientific fact .

At the same time, a number of people of faith today still have questions about the theory of evolution. Stem cell research is another current stumbling block for many religious people, as are COVID vaccination policies in the United States. Meanwhile, the New Age mind-body-spirit culture connects alternative forms of spirituality with alternative forms of medicine and is loudly critical of mainstream versions of both.

Clearly, science and religion are embedded in societies as important ways that people make sense of their world. Yet, to date, there’s a significant gap in research into the social and cultural dimensions of the relationship between the two, reports Fern Elsdon-Baker, Ph.D., a professor for Science, Knowledge and Belief in Society at the University of Birmingham in the United Kingdom.

“The lack of high-quality research on contemporary religious, spiritual or non-religious publics’ views on science and religion, and how these views relate to individuals’ day-to-day lived experience, has led to a range of misconceptions and in some cases prejudicial opinions,” she says. “Foremost among these is ‘the conflict narrative’ — the tendency in public, media or scholarly discourse to frame the relationship between science and religion as necessarily negative and mutually exclusive.”

With support from Templeton Religion Trust and co-director Alexander Hall, Ph.D., a specialist in the history of science and research fellow at Birmingham, she’s assembled a team and launched a project aimed at replacing misperceptions with solid evidence.

Broadening the Knowledge Base

The project brings together and supports established and emerging scholars from diverse areas to investigate the historical, cultural, social and psychological contexts of contemporary beliefs and debates about the relationship between science and religion.

Inside academia, studies of the science/religion relationship have been mostly confined to philosophy and theology scholars. Although more comprehensive on-the-ground studies of the social and cultural contexts of contemporary beliefs are emerging, most so far have focused on the United States or the United Kingdom as viewed through a primarily Christian lens.

Even in this limited scope, the research-to-date suggests many nuances and complexities in people’s views. For example, most Americans (59%) say science and religion conflict. Fewer (30%), however, say their own beliefs conflict with science, according to a Pew Research Center survey. Another recent study has shown that science and religion debates vary significantly among even the U.S., Canada and the UK, countries that share a common language, overlapping history and many similar cultural values.

“Science and religion and belief are the main ways in which we think about the world, frame the world and approach different issues that are impacting on the world today. But we can’t really address those issues if we are only undertaking research that is based in one context,” emphasizes Eldson-Baker. “We need to internationalize the research that’s done. The local contexts in which people are working are fundamentally important.”

To widen the scope of research and knowledge, the project is distributing approximately 80 subgrants to stimulate new research. These are being conducted in a broad variety of sites throughout the world, from South Africa to Brazil to Australia plus other previously under-researched locales and populations.

For example, one subgrantee is investigating the spectrum of how Australian self-identified spiritual persons and groups have engaged with science in material and digital practices during the COVID pandemic. Another is exploring the critical role that Christianity has played in social and political responses to SARS-CoV-2 in South Korea. Another focuses on élite natural scientists from three post-Soviet countries with different dominant religions, exploring how relevant religions contribute to the adoption and interpretation of scientific ideas in the context of the demise of the USSR. Yet another is investigating public perceptions of science, religion and ethnoreligious tensions in Sri Lanka.

In addition, the project is strengthening the capacity for social science research by sponsoring conferences, workshops, symposia and a public website that provides informative and thought-provoking blogs and podcasts.

Science and religion and belief are the main ways in which we think about the world … research-to-date suggests many nuances and complexities in people’s views.
Fern Elsdon-Baker, Ph.D., University of Birmingham, United Kingdom

It's Personal as Well as Political

The way we think about science and religion isn’t some abstract, philosophical idea. The divisions caused by “the conflict narrative” can have a huge impact on politics and government policies.

It can also affect us intimately in our relationships with family, friends, neighbors and coworkers. And it can cause religious people to feel they don’t belong in scientific careers or lead to prejudices that mean they might not get hired or promoted if they talk openly about their beliefs.

At its core, says Elsdon-Baker, this project “is really about learning more about how those kinds of social and cultural narratives, different social identities and lived experiences, and different aspects of institutions, power structures or geographies might have impact.”

It's only through this wealth of perspectives, these cross-disciplinary and cross-cultural conversations, that we can tackle and answer some of the really big questions that will affect us in the 21st century.
Fern Elsdon-Baker, Ph.D., University of Birmingham, United Kingdom

Especially as the world becomes increasingly interconnected, Elsdon-Baker and the team at Birmingham hope that the new information and fact-based analyses this research provides can help us all – believers and nonbelievers, scientists and nonscientists, policymakers and ordinary citizens – develop deeper awareness and appreciation for the diversity of each other’s worldviews. This could potentially lead to a more widespread recognition that scientific and spiritual perspectives aren’t necessarily always in conflict, at least not in the same ways or to the same degree throughout the world as we might assume.

“It’s only through this wealth of perspectives, these cross-disciplinary and cross-cultural conversations, that we can tackle and answer some of the really big questions that will affect us in the 21st century,” she concludes.