Bringing Religious Freedom to the Forefront

In July 2021, the cause of international religious freedom strengthened significantly as more than 1,000 leaders from 30 diverse belief traditions gathered with government leaders from throughout the world to participate in the first-ever International Religious Freedom Summit. 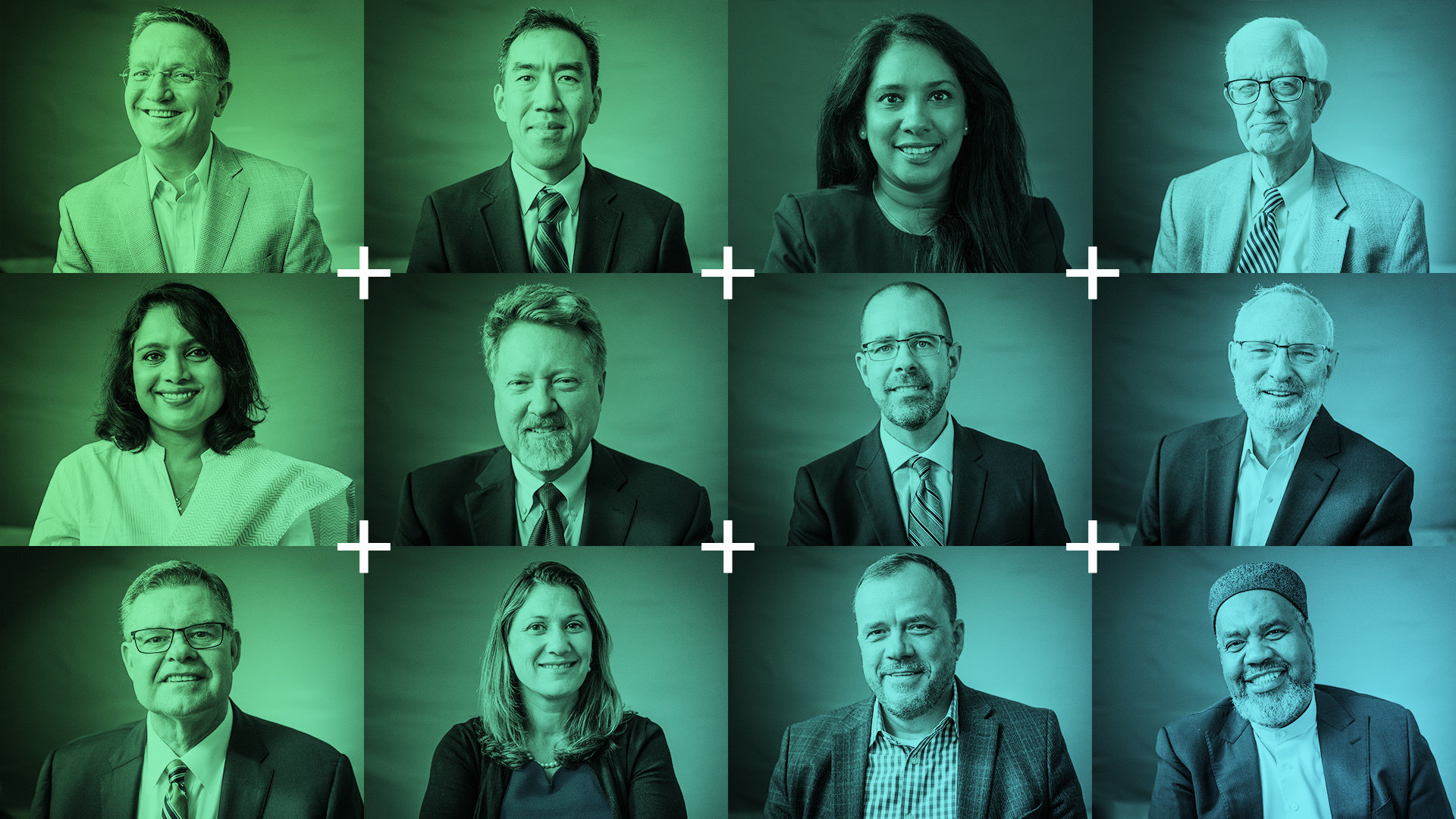 What if religions engaged one another across their deepest differences?

Uyghur Muslims detained in concentration-camp-like settings in China. Rohingya Muslims displaced from Myanmar. The worsening persecution of Muslims, Christians, Dalits and other minorities in India. Religious-based attacks fueling the enslavement of Nigerian women and girls. Egypt’s Coptic Christians the target of violent attacks. Blasphemy laws in 84 countries that criminalize religious expression. And the list goes on and on.

Religion-related hate crimes on the rise throughout the world.

Roughly 80 percent of people in the world today live in countries with government or social restrictions on religion.

Has religion become more of a cause than a cure for the world’s woes? Can the troubling trendlines of religious persecution and discrimination be reversed?

Greg Mitchell is among those who advocate that religious freedom should be a fundamental human right for everyone, everywhere, all the time. And beyond just “should be,” it can be, he contends. Achieving that requires translating idealism into action, uniting people of all faiths — as well as none — across their deepest differences. When that occurs at scale, governments start to listen, he maintains.

For Mitchell, religious freedom is more than a cause. It’s become his calling, the core of his purpose as an individual and the center of his work for more than a decade.

Mitchell chairs the International Religious Freedom (IRF) Secretariat, which is supported by Templeton Religion Trust, and convenes the IRF Roundtable, a forum for bringing people of different faiths and beliefs together and taking multi-faith actions to advance religious freedom. To date, these roundtables have occurred in more than 20 countries around the world.

“Real progress,” says Mitchell, “occurs when we unite and engage governments together—as a multifaith coalition. And further progress occurs when governments agree to sit down with all of us, work with us as equal citizens, and agree to implement roadmaps to reform that benefit everyone.”

Creating a Critical Mass for Change

In July 2021, the cause of international religious freedom strengthened significantly as more than 1,000 leaders from 30 diverse belief traditions gathered with government leaders from throughout the world to participate in the first-ever International Religious Freedom Summit.

It was the equivalent of an IRF Roundtable on steroids.

Hosted in Washington, D.C., the three-day event featured a full agenda of speakers, including His Holiness the 14th Dalai Lama who told the summit in a video message that fighting between religions should become a thing of the past. The roster also included voices as diverse as the present and past United States Secretaries of State, Archbishop of New York Cardinal Timothy Dolan, Muslim American actor Mahershala Ali, plus several individuals who recounted their personal experiences of persecution because of their beliefs.

In addition to plenary sessions, the summit included informational booths representing more than 120 religious and human rights organizations, panel discussions and other side events – all intended to help educate attendees about global hotbeds of religious intolerance as well as opportunities to address these injustices.

Sitting Down at the Same Table

In addition to Mitchell, more than a dozen Templeton Religion Trust grantees attended the summit, each a thought leader and activist in an ideology known as “covenantal pluralism” –essentially, moving beyond mere tolerance and diversity toward cooperative and mutually respectful engagement across religious differences.

In the context of covenantal pluralism, mere tolerance sets too low a bar.

“You’re advocating for religious freedom while respecting the human dignity and rights of others — the freedom of thought, conscience and religion of another person,” he notes.

Mitchell’s experiences with the IRF Roundtables during more than a decade have bolstered his belief that swaying governments to secure religious freedom begins at the grassroots level with individuals who personally engage with each other across their deep differences.

“We bring representatives of all faiths and none together on a regular basis,” he explains. “We’re putting them in the same room, sitting them down at the same table. And they bring their own stories of persecution and discrimination, and they tell these stories. But the good thing is, even beyond that, it’s an action-oriented space. So, we get them to then start working together and standing up for each other’s freedom of thought, conscience, and religion.

These are people that never would have been in the same room together 10 years ago. Now they're standing up for each other.
– Greg Mitchell

“And we’re not asking them to compromise on their beliefs at all,” he continues. “We’re getting them to work across their deepest beliefs and their deepest differences. That’s where you really start developing mutual trust and reliance. These are people that never would have been in the same room together 10 years ago. Now they’re standing up for each other. And trusting each other.”

Summit participants are certain that human-to-human relationships are the not-so-secret sauce of the successes the IRF Roundtable has achieved. These include Kazakhstan where religious freedom roundtables are being held in nine cities and Guatemala where President Alejandro Giammattei has committed to making religious freedom part of his legacy.

On a personal level, simply listening to others is time well spent, they maintain. “God gave us one mouth and two ears,” notes John Boyd, president and CEO, Institute for Global Engagement. “We need to listen first and engage as many people as we can.”

“There’s growth that happens to you when you engage with people and you listen to people with an open mind and open heart,” agrees Imam Mohamed Magid, executive director of the All Dulles Area Muslim Society Center and Multi-Faith Neighbors Network.

“Without building those relationships, we will never be able to solve the massive global challenges that we see and face every day,” says Zeenat Rhaman, executive director of the Institute of Politics at the University of Chicago.

Engaging across religious differences will be the key piece if we're to see a 21st century where violent religious persecution is no more.
– Knox Thames

“Engaging across religious differences will be the key piece if we’re to see a 21st century where violent religious persecution is no more,” echoes Knox Thames, a senior fellow at the Institute for Global Engagement and senior visiting expert at the United States Institute of Peace.

“The genius of the divine creation was to make us all in the image of God. And yet every one of us has a different image that has to be appreciated as God’s creation as well,” notes David Saperstein of the Religious Action Center of Reform Judaism. “So we cherish those differences. We learn from those differences and can be transformed by what we learn from those who are different.”