Robert MacSwain, The University of the South

The question of evidence of God is ambiguous and hard to agree on. But what if there’s a set of evidence that we haven’t quite fully explored? What if human holiness is divine evidence? Dr. Robert MacSwain, Associate Professor of Theology at The University of the South,is exploring the idea that the best proof points for God are living, breathing people right in front of us. 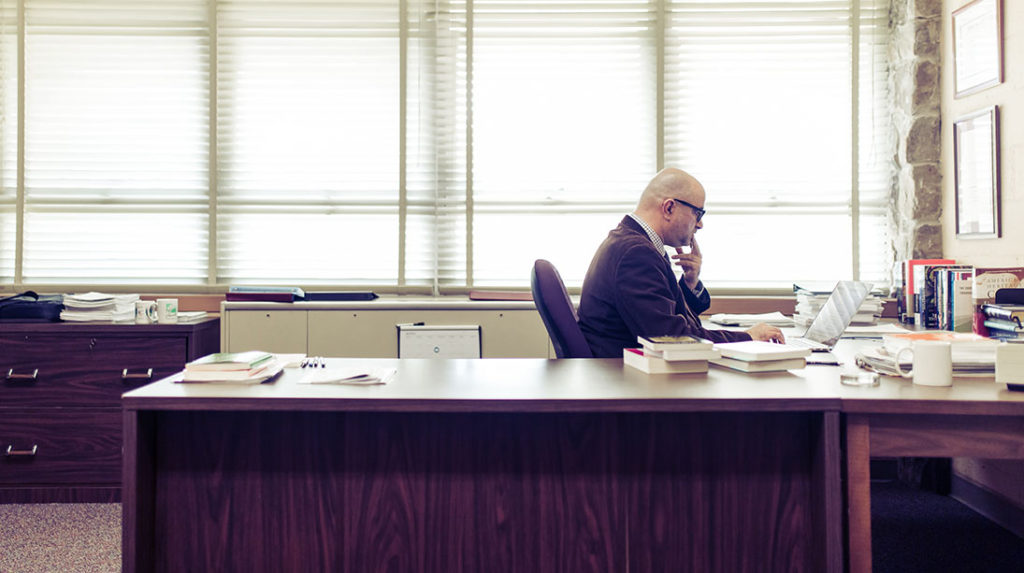 Does God exist? It’s a question that nearly everyone confronts at various times in our lives.

The existence of God is theology’s most basic concern. It’s also an intensely personal struggle. Our beliefs about the reality of God directly affect our views of ourselves and why we’re here. Whatever we ultimately decide to believe, we can’t help but look for assurances that we got it right.

And yet, the existence versus nonexistence of God can often seem like a perpetual debate, always waiting to happen all over again. Most of us know from experience or common sense that few topics can turn a pleasant gathering of family or friends into an uncomfortable squabble more quickly than a discussion about the existence of God. Instead, we tend to look to thought leaders in our churches, synagogues, temples, mosques or universities to help untangle the issue for us.

It may be surprising to learn, however, that even the opinions of leading philosophers and theologians differ greatly regarding evidences of God. After centuries of investigation, ambiguities still abound, and no one really thinks they’ve answered the question decisively. In fact, many theologians admit that the debate isn’t intellectually solvable. The Reverend Dr. Robert MacSwain, associate professor of theology at The University of the South in Sewanee, Tenn., is among them.

But he’s also asking if there’s a set of evidence that hasn’t yet been fully explored.

I don't think that we can prove the existence of God, but I do think that there are reasons to believe,” he says. “The question is, what are those reasons? And are they good ones?"
Robert MacSwain, Ph.D, Associate Professor of Theology at The University of the South

With funding from Templeton Religion Trust, MacSwain is writing a book that addresses a provocative but neglected premise: that a transformed human life could be our best evidence for God. He’s labeled this concept “the hagiological argument,” a reference to hagiology, the branch of literature that deals with the lives and legends of saints.

As an argument for human holiness, MacSwain’s proposal stands in contrast to more traditional rationales for the existence of a God.

“What’s unusual about what I call hagiological argument is that it doesn’t look at things that are very big or pervasive or abstract, but instead at something very concrete — a person that we might know or come in contact with.”

Farrer explicitly stated that “the saint is our evidence.”

MacSwain became interested in the topic of human holiness several years ago while writing a book about Austin Farrer, widely considered one of the greatest figures of 20th-century Anglicanism. Farrer explicitly stated that “the saint is our evidence.” For MacSwain, it was an exciting discovery and a mystery at the same time: Why hadn’t more people followed up on this idea?

Although a few other religious philosophers have made related claims, the argument for human holiness as evidence of God is far from widely recognized as a standard belief among most theologians, even though saints and holiness have been studied seriously for decades in fields such as church history and religious studies.

Investigating a New Concept of God

The book MacSwain is writing is divided into two parts. First, he examines the meaning of the term “saint,” looking far beyond canonized saints and widely known altruists such as Desmond Tutu, pulling in relevant thinking from sources in various academic disciplines including epistemology, the philosophical and psychological literature around religious experience, and systematic theology.

The second part of his book presents three different forms of the hagiological argument:

For MacSwain, “the very idea of sainthood is challenging on so many levels: intellectual, religious, moral and spiritual.” He believes that insights he’s gaining through his scholarship have deeply personal and widely applicable ethical implications.

“I think there’s something about engaging with saints in this way that is challenging to us as individuals,” he says. “This isn’t just an abstract intellectual question. It goes to the foundation of what it means to be human and what our obligations are to our fellow humans.

“One reason I think we’re fascinated by saintly people,” he continues, “is that, as unusual as they are, there still seems to be something about them that is right. And, while they may make us feel uncomfortable, we still feel that somehow in them we’re seeing how humans should be. It’s not that they’re self-righteous. But their righteousness challenges us and calls us to become better.”