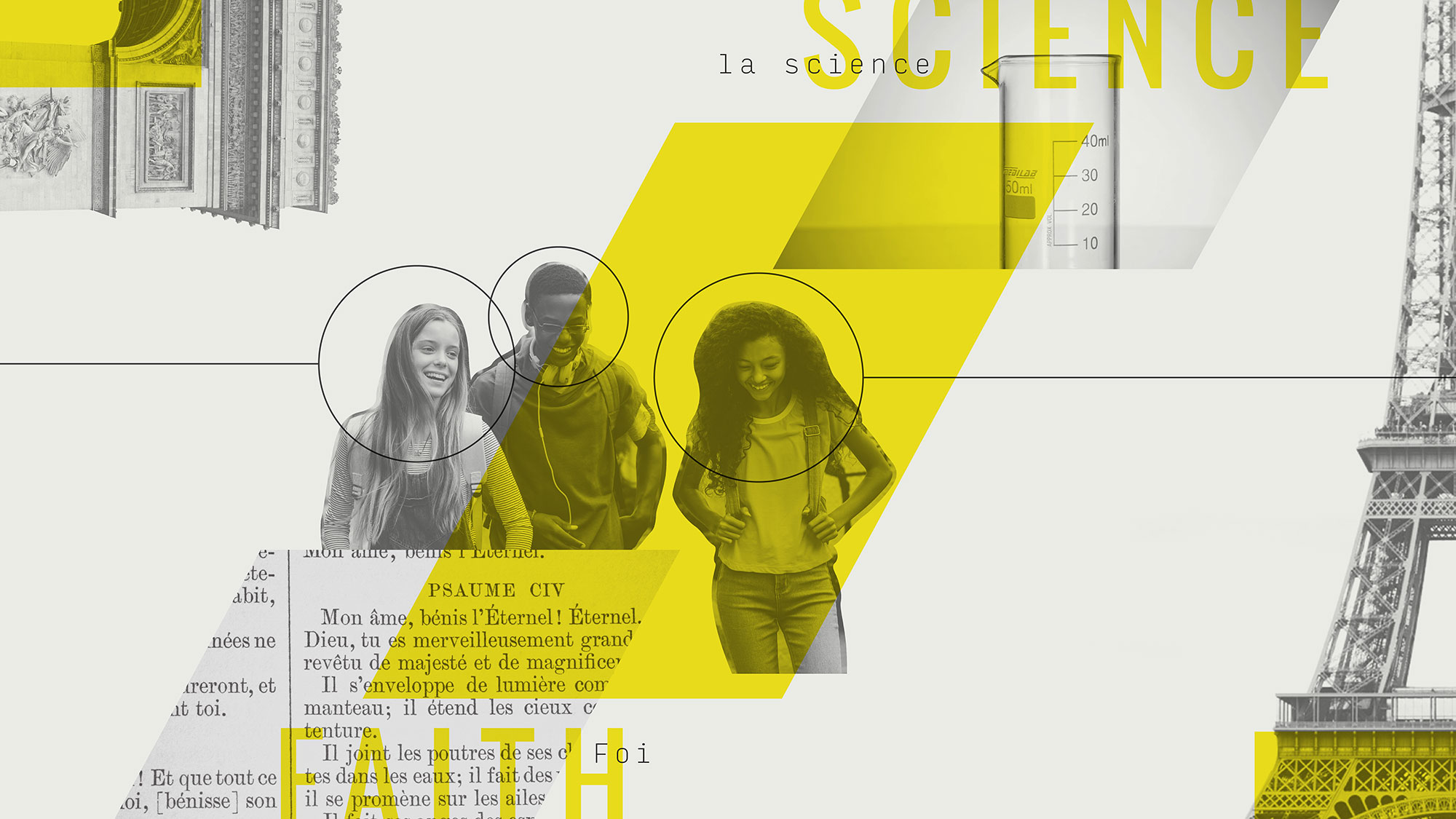 What if religions in France embraced science as essential for the pursuit of truth? What if French culture embraced science and religion as complementary paths toward truth? Could our possibilities for understanding – for seeking truth – become much broader?

In France, perhaps more so than in any other country in the world, religion is kept separate from public life.

One of the French republic’s core values is laïcité, which can be translated as secularism or the neutrality of the state with respect to religion. Its roots can be traced back to the 1880s, when political developments in the wake of the revolution led to a formal separation of churches and the state, and laïcité was enshrined in French law in 1905. According to this principle, government officials and employees are required to maintain neutrality about religious beliefs in public institutions, including schools.

Motivated by the desire for inclusion and equality, laïcité as it is expressed in law is not anti-religious, but actually guarantees freedom of religion. Unfortunately, however, it is prone to misinterpretation, most often in the direction of atheistic secularism, with negative consequences for society. For example, since schools limit the scope of their teaching to skills and fact-based knowledge, students may easily assume there is no other way to make sense of the world, essentially suppressing inner thoughts and questions they may have about religious beliefs or the existence of God. And, conversely, Christian students may come to associate science with atheism and thus hostile to their faith (or simply irrelevant to them), thereby perpetuating a cultural barrier between science and faith that exists in French culture today.

Teachers in public high schools are forbidden from sharing their religious beliefs, even in the compulsory philosophy classes, and faith is often positioned in opposition to reason. Moreover, within many churches, there are few attempts by pastors to integrate faith, science and rational thought. As a result, many of today’s young adults (Generation Z, or “zoomers”) have little experience or context for exploring answers to their questions about topics such as evolution, spirituality and the possibility of a deeper meaning for human life – even though studies show that high school students have many questions about such faith-related topics.

Numbers have been dwindling in France’s once-dominant Catholic Church (estimated Sunday mass attendance has fallen to less than 5% [Ipsos survey 2017]) while membership in the evangelical church has increased 10-fold over the past 60 years. Religions in France, and throughout the world, are facing the challenge of how to stay meaningful for current and future generations.

Now, supported with funding from the Templeton Religion Trust, Lydia Jaeger, Ph.D., a permanent lecturer and academic dean at the Institut Biblique de Nogent-sur-Marne, is leading a multifaceted project that aims to equip young people in France to engage deeply with science and faith issues, helping to break down the divisive cultural barriers that currently exist and building relevance and momentum around the question, “What if French culture embraced science and religion as complementary paths toward truth?”

“In the current post-modern society, people are disillusioned with science often because of false expectations that it should provide all the answers. Yet after a century with no religious education in public schools, French people don’t know where or how to find answers to their existential questions,” explains Dr. Jaeger. “This project aims to break down the false barrier between faith and reason, thereby enabling people to find answers while regaining a positive attitude to science in its true role.”

Dr. Jaeger’s project builds on the reality that, as highly independent thinkers, French people are far more responsive to grassroots networking than a “top down” dissemination of ideas. “Young researchers are so much more appealing to the high school students than old, retired professors,” is how she explains it.

As a result, networking among several well-established organizations is already successfully connecting segments of French society to explore synergies between faith and science. Groupes Bibliques Universitaires (GBU, French branch of IFES) has created networks of academics and professionals in natural sciences, human sciences, healthcare, business, education and the arts. Within the past two years, GBU has also formed two new networking groups: Ph.D. students and university lecturers. Groupes Bibliques Lycées (GBL) has been successfully hosting groups of high school students (Christians and non-Christians) to discuss what the Bible says about existential questions.

Within the context of these already well-established organizations, different activities and resources are being developed and implemented for three key target groups: academics and university students, high-school students, and church leaders and communities. Among the new tactics are additional regional networks to supplement and strengthen existing national networks; regional conferences; a new mentoring program; new website content; the publication of a new theology textbook co-authored by Dr. Lydia Jaeger and French evangelical theologian Dr. Henri Blocher, teaching theology students and pastors to engage with contemporary thought. Happily, many of these activities are proceeding online during the COVID 19 pandemic.

Purposefully developed to be interlinked and synergistic, these resources and activities are intended to stimulate a broad “ripple effect” of ideas, and hone participants’ abilities to confront and converse about matters of faith in meaningful ways.

“Our project aims to change attitudes, not policy,” Dr. Jaeger states. “The separation of state and religion that laïcité provides is meant to ensure freedom of religion to all. It’s just that people’s understanding of it has become very atheistic, as though religion has no place but within themselves.”

In fact, Dr. Jaeger emphasizes, faith has an important impact and role to play in the whole of society. “Therefore, it’s important to have opportunities to engage with different questions, perspectives and worldviews rather than just accepting what people have been told in school and be left with lots of questions,” she says. “That’s why we need to get people to engage with matters of science, reason and faith. So that they can decide for themselves.”