What if religions sought to understand encounters with sacred art? What if abstract religious art is more engaging than pictorial representations? What if sacred art is more effective in secular contexts? 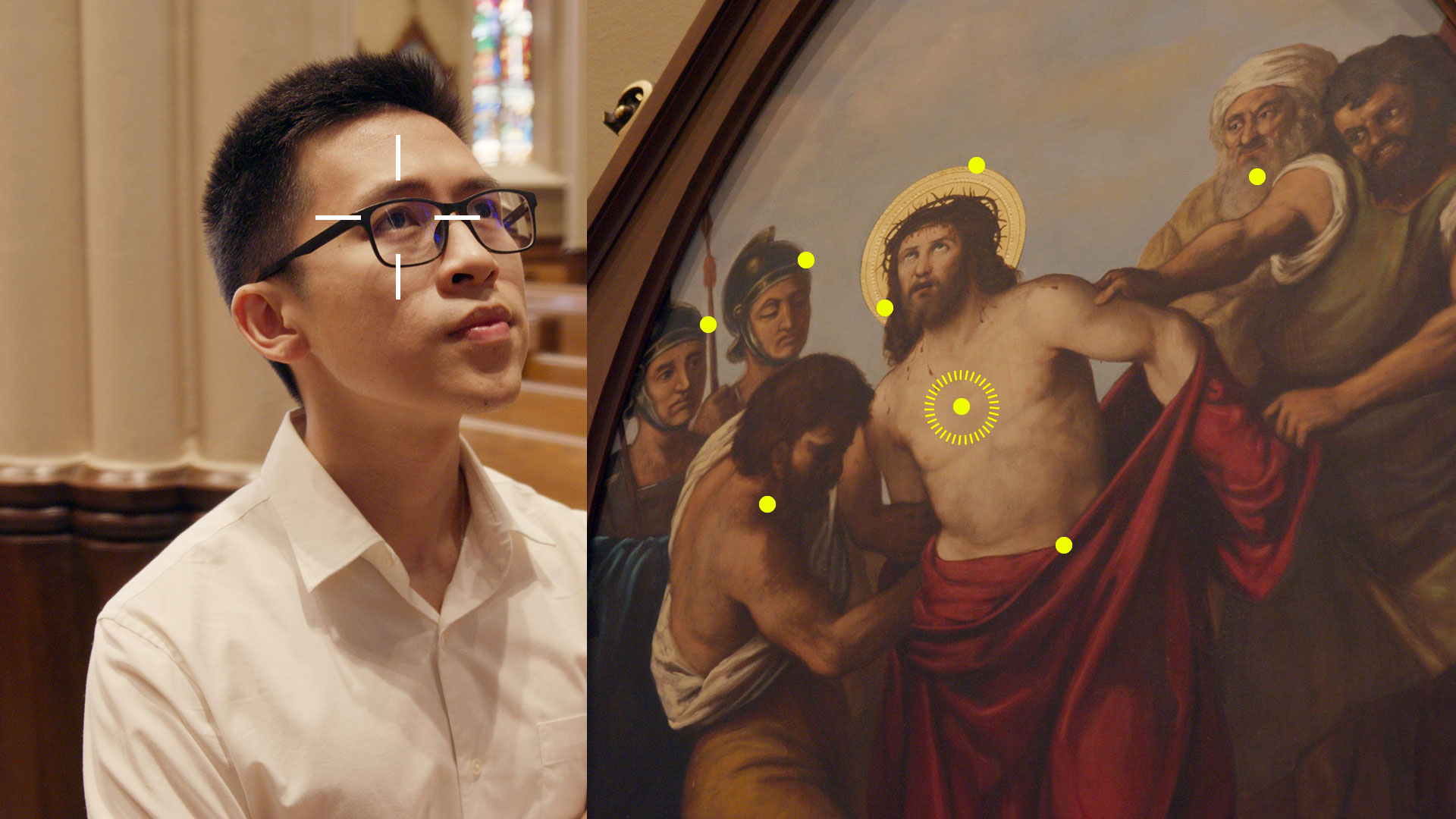 Asked to recall a deeply moving spiritual experience, many people will describe it sensuously. They’ll cite things such as the light, the sounds or the absolute silence, the colors, textures and images that provoked contemplation, the intense emotions and feelings that swelled in response. Within the storehouse of our brains, the stimuli of art are often entangled in the effect.

Little wonder then that nearly all worship settings — past and present — include visual art, whether paintings or prints, carvings, stained glass or sculptures such as crucifixes in Christian churches or ornate reliquary in Buddhist temples that hold the remains of revered teachers.

While visual art in places of worship sometimes appears as merely decorative, a way to add beauty – or, at the very least, visual interest — to interior spaces. It is often much more. By encouraging a profound response in the viewer, it can be a powerful tool for opening a doorway into a spiritual realm – prompting or deepening devotion. Visual art in worship settings also serves to reinforce important stories and teachings from religious texts and traditions. Thoughts and emotions fuse, and we grasp our humanness in a decidedly different way.

Of course, religious art exists in many settings other than places of worship. Museums are full of it, acquired from religions and regions throughout the world. It’s also not unusual to see religious art in galleries, parks, campuses, homes and even some businesses.

How might the type of art and where it’s placed affect how people experience it?
– Robin Jensen, Ph.D., professor of theology at the University of Notre Dame

For Robin Jensen, Ph.D., professor of theology at the University of Notre Dame and an authority on early Christian art and archaeology, encountering sacred art in secular places has provoked some intriguing questions. How might the type of art and where it’s placed affect how people experience it? Are certain types of religious art more conducive to spiritual experiences than others? Is it the art itself that produces the impact, or are our responses dependent on where and when we experience it?

With funding from the Templeton Religion Trust, Jensen hopes to uncover answers to these and related questions as she leads an interdisciplinary pilot research project, “Understanding the Enduring Impact of Encounters with Sacred Art.”

“I’ve always been interested in the intersection of spirituality, the arts and people’s religious experiences through the context in which they worship,” Jensen explains. “This project was sparked by looking at sacred art in secular places and wondering how people engage with it outside of a worship setting. Does it matter where the art is or what it shows? What does it mean to have a crucifix in an art museum? Or spiritual art in a casino?”

Uniting senior scholars in psychology, theology and art history, the project is “carving and crafting a new way,” says Jensen. A purposefully interdisciplinary undertaking, it’s combining areas of expertise to study how changes in place and time affect how individuals encounter religious art – both visually and spiritually.

The goal was to create a study that’s scientific and at the same time humanistic.
– Robin Jensen, Ph.D., professor of theology at the University of Notre Dame

Working closely on the measurement elements of the work are David Radvansky, Ph.D., professor of psychology and James Brockmole, Ph.D., professor of psychology, both with the University of Notre Dame. Brockmole, by tracking the subject’s eye movements is gathering data to measure how the subjects take in information about artwork at the initial encounter. Radvansky’s work is very focused on the memory element. By asking a series of questions at the initial encounter, then again at later date, the team can gain insight to how the subjects create, organize, store and retrieve the memory the encounter.

“Rather than just doing anecdotal or historical work, we wanted to do a pilot project that would engage scientists in some kind of empirical measurement and quantitative studies,” she says. “The goal was to create a study that’s scientific and at the same time humanistic, attentive to the research subjects, and explorative theology in the broadest sense.”

A Study of Contrasts

The research effort investigates subjects’ responses to two starkly different works of art, both located on the campus of the University of Notre Dame:

The research team is measuring participants’ responses to these two artworks onsite as well as in labs, where digitally manipulated images visually depict them in various settings, including museums, racetracks, restaurants and casinos.

The research methods include eye-tracking technology and targeted questionnaires to empirically measure participants’ responses at various intervals, including during liturgical seasons in the Roman Catholic Church. By measuring what captures participants’ attention, how the artworks make them feel, and what they remember over time, the researchers are beginning to discover clues into some big as-yet largely unanswered questions:

“Something we’ve already learned that’s surprised us is that people have a better memory of the nonfigurative objects in the garden than the pictorial ones in the Basilica,” notes Jensen. “They don’t have as strong an emotional reaction. And they sometimes have a negative reaction. But they have a better memory of them. So we’re trying to figure out what that might mean.”

Jensen’s hope is that the results of this pilot will begin to formulate a better understanding of the function of religious artwork for spiritual experiences and spiritual growth. More than just an artifact of history or evidence of an artist’s great style or skill, art, she believes, can contribute to the development of people’s spiritual lives. Through this project, she’s hoping to ground that belief in data.

Toward that goal, she admits to a personal agenda for choosing abstract sculpture as well as traditional, figurative paintings for this study. “I hope to be able to help people move beyond pictorial religious art to something that may be less accessible immediately,” she explains. “Could they come to appreciate the spiritual value and, in fact, enduring impact of abstract work on their ideas about the holy and the sacred? It’s not narrative art. It’s not didactic in any way. It’s actually quite a different sort of spiritual encounter.”